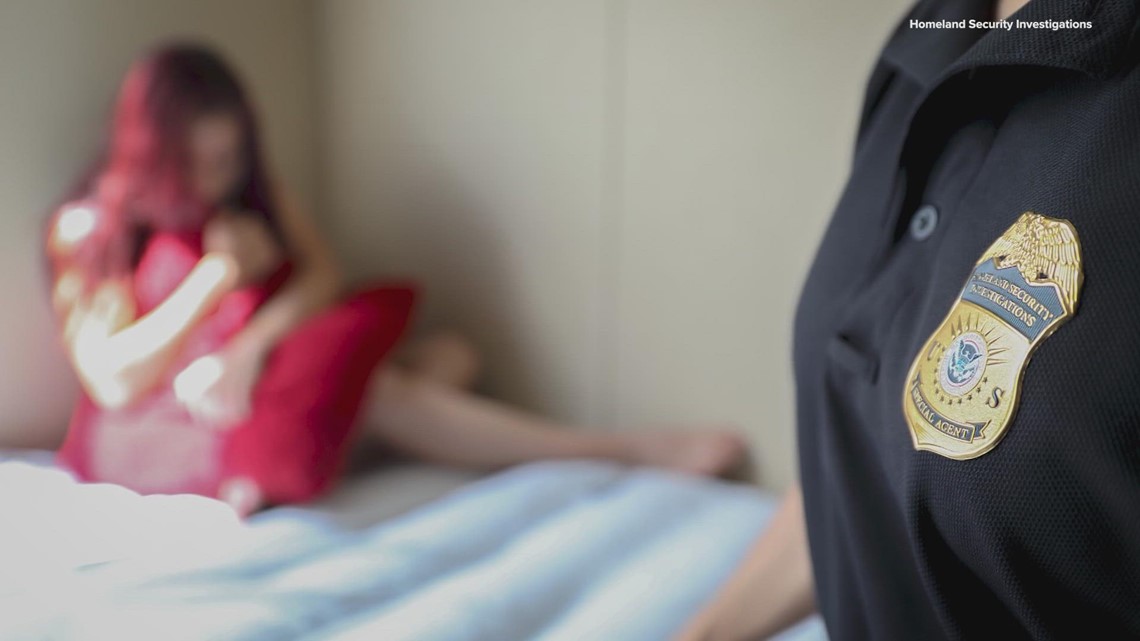 One agent says, while very few of the victims recovered in his region were trafficked, the public stigma of what it means to be classified as a runaway is damaging.

DALLAS — It’s been about a week since Homeland Security Investigations (HSI) announced that 70 children missing from counties in West Texas were found after a three-week operation called “Operation Lost Souls.”

“It’s probably the longest process that I’ve had to deal with as an investigator,” supervisory special agent Stephanie Hard said. “You are literally going to every person they could have had any contact with and just saying, “Please. Do you know anything about where they’ve been or who they’ve been with?'”

HSI confirmed that a majority of the children, ranging in age from 10 to 17, were found in West Texas. Some were found in DFW, Colorado and a city in Mexico near the Texas border.

“They were just all over,” Hard said. “Scattered all over.”

Resident agent in charge Adam Koeneman works with Hard in HSI’s San Angelo office in West Texas. They confirmed with WFAA that seven of the children recovered were missing from their designated region.

Dallas police confirmed that none of the missing or runaway children cases the department is working on were recovered in Operation Lost Souls, but Hard and Koeneman said some of the kids from their area were in North Texas.

“We did have victims that were taken up there and trafficked up there,” Hard said. “You know, Dallas-Fort Worth is a major hub for human trafficking.”

Koeneman said it’s common for victims from smaller communities to be taken to large cities.

“It’s just much easier to blend in an disappear in a city like Dallas-Forth Worth,” Koeneman said.

Dallas police told WFAA, during one of the investigations, that state code requires the department to consider a juvenile who wasn’t taken by force to be a “runaway.” The teen in that case was found by police in Oklahoma after sex ads featuring her photos were found online.

Koeneman said, while very few of the victims recovered in his region were trafficked, the public stigma of what it means to be classified as a runaway is damaging.

“That term ‘runaway’…it almost gives fault to the child, right?” Koeneman said. “Like it’s their fault they’re running away. What we have found in our line of work is that those children are running away from something.”

Koeneman and Hard said each case is different, but there are patterns.

They said this issue does not discriminate. The trauma and vulnerabilities that would cause a child to run away can exist for kids of all races, family dynamics and socioeconomic situations.

The method is usually the same, too.

“What I always tell parents is, ‘That phone that you pay for…be involved in your child’s life. Look at that phone. See who they’re talking to because that is the number one way someone is going to get in contact with your child.'”

He said even if your child does not have a phone, predators are masters at using the internet to prey on children on other gaming and electronic devices. He said the process of grooming children is slow, and parents cannot afford to not pay attention to who their children are communicating with online.

Koeneman said investigations like Operation Lone Star are made possible through the collaboration of local, federal and state agencies, as well as community and non-profit partnerships.

He said anyone who sees something suspicious should report, and call 9-1-1 for an active emergency.

He said if you believe someone is being trafficked or exploited and you’re not sure whether to call police, you can call them.

“It’s not the public’s job to figure it out. It’s the job of an investigator. All you have to do is say something to us,” Koeneman said.

The number for HSI’s tip line is 1-866-347-2423. Koeneman said it goes out to federal investigators across the country and internationally who’s sole focus is to work these cases.