Mula told Security Systems News that the idea to create Moms in Security Global Outreach came from attending conferences that discussed human trafficking and what goes into rescue operations, as well as watching gripping videos of other non-profit organizations, such as Operation Underground Railroad (O.U.R.), that focus on rescuing children from sex trafficking.

“I couldn’t even watch the entire videos after seeing what these children go through,” she said. “I had to do something.”

Upon reaching out to King, Fenner and Kyriannis, they created Moms in Security to not only raise awareness of this worldwide problem, but also host fundraising efforts to support rescue missions for abused and trafficked children around the globe.

The first MISGO fundraising event took place in June 2021, a golf outing at the Meadows Golf Club in Lincoln Park, N.J., where more than 100 security professionals gathered to have fun, and more importantly, raise funds to support organizations such as O.U.R. in their efforts to rescue children from these horrible ordeals.

“We raised more money than we thought we would,” Mula said of the first golf outing.

Since then, Moms in Security has hosted a cornhole tournament, in partnership with another non-profit organization, Mission 500; a VIP cocktail reception during ISC West in Las Vegas in March; and its second golf outing in May, which was hosted by Moore.

In addition, this year’s golf outing featured a guest speaker – Rich Reinhold, Deputy Special Agent in Charge (SAC), Pennsylvania Office of Attorney General – who offered a first-hand account of what it takes to execute a rescue mission for child trafficking victims.

More Moms in Security fundraising events are in the planning stages for later this year, including another cornhole tournament.

Mula noted that one of her main goals for MISGO is to donate security technology, such as video surveillance cameras, to law enforcement agencies through the coordinated efforts of non-profit organizations and manufacturers, especially in light of the recent mass shooting at Robb Elementary School in Uvalde, Texas, during which 19 students and two teachers were killed by an 18-year-old gunman.

“At the end of the day, we want to do more,” she said. “We want to pull together our pool of resources and donate to law enforcement.”

Harris noted the importance of building a bigger audience to expand Moms in Security’s outreach.

“Elisa, Antoinette, Janet, and Min are extremely passionate about rescuing child trafficking victims, and I am honored to join their advisory board,” he said. “Having attended each of their events, it is apparent that Moms in Security is ready to take the next step in recruiting more volunteers to support their cause. We are proud to continue providing coverage of Moms in Security Global Outreach events on the pages of Security Systems News.”

Moore, a long-time director of National Accounts at ADT/Tyco/JCI and now a sales consultant for Convergint, noted his goals for MISGO upon joining its board.

“What I foresee is building a bigger audience of moms to start getting familiar with security, perhaps educate moms through webinars,” he said. “Moms in Security wants to educate moms on security measures. That’s what we’re here to do. We’re here to work on the charity, and we’d like you to be a part of the charity, but in return, we want to have webinars to familiarize moms with what security measures are in place in a school, or in a supermarket, for example. We want to educate moms on what’s out there that can be applied to protect their children.” 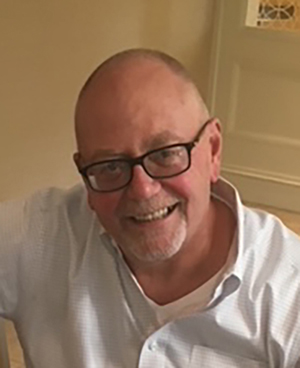 “The outcome is you promote that, so if you go to a PTA meeting, you could ask, ‘What kind of locks are on the doors? Are they electronic locks? Is there a card access system? Is there some type of software in your video system that tells us, with certain analytics, that there is an unfamiliar face? Is there someone in the database that we don’t want entering the school?’”

Mula cited the fact that the addition of Harris and Moore, the first two male board members, is definitely a win-win for Moms in Security.

“Cory will help us as we try to grow and gain a bigger reach. He can guide us as to what we should be doing,” Mula said. “John knows everybody, and we can utilize his network and his fundraising expertise, as well as his ability to reach out to companies to donate technology to law enforcement.”

For more information on Moms in Security Global Outreach, and if you are interested in making a donation, please visit https://momsinsecurity.com/