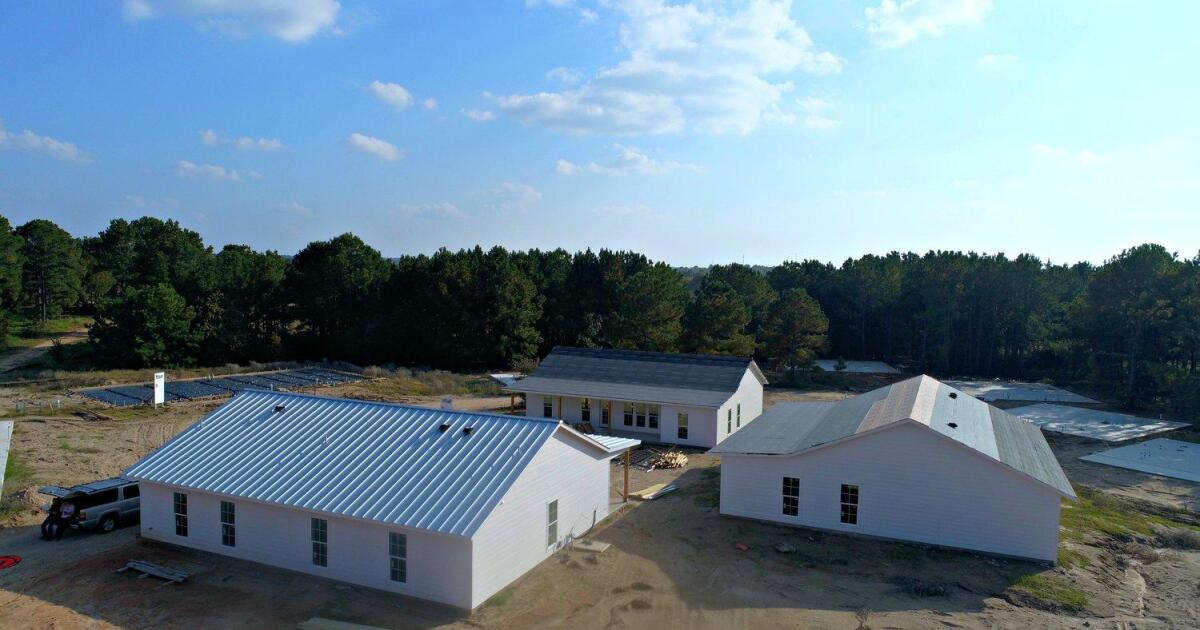 A new report alleges a treatment facility for victims of sex trafficking may hold some culpability in the death of a girl who stayed there.

A young girl identified only as “RR” placed at Bastrop-based “The Refuge” ran away from a home visit and died in a car accident two months later.

This is the first time it’s been reported a youth in The Refuge’s care had died.

“It’s a well-documented, sad fact of life that running away is a default coping mechanism for children who have experienced trauma, so The Refuge has always applied prevailing best practices to predict and prevent it,” said Brooke Crowder, founder and CEO of The Refuge.

Crowder went on to say the organization had updated its procedures after several runaways in 2021.

The facility has been under fire since it came out that a staff member named Iesha Greene was accused of taking nude photos of girls at the facility for money.

“We hope the powers that be will devote the same attention to the arrest of the perpetrator who remains at large 130 days after we reported her for exploiting youth in her care,” said Crowder. Initial reports from the Department of Family and Protective Services (DFPS) — which the facility is a contractor for — suggested girls had been trafficked. DPS then stated they had found no evidence of trafficking. That has been contested by advocates and other court monitor reports have suggested a faulty investigation.

The new report again suggests that DFPS did not look into the case thoroughly. One girl listed in the incident used a staff member’s phones to repost images already saved on her social media accounts. DFPS found that it was without the staff member’s knowledge.

The new allegations around RR were raised in a letter to Department of Public Safety Director Steve McCraw from Gina Hinajosa — a state legislator — and vice chair of the House Human Service Committee.

DFPS did not investigate the death or the allegations made in the letter, stating the girl had never been in their custody. The death was viewed as a facilities issue, which would need to be investigated by the Health and Human Services Commission. HHSC licenses facilities used by DFPS.

The death of the 17-year-old girl punctuated what court documents show was a violent and tragic life.

When she was an infant, DFPS officials said in 2005 that RR’s parents continued use of methamphetamines constituted neglectful supervision.

She was sent to Oklahoma to stay with her paternal grandmother when she was eight. RR said afterward that her parents abandoned her. She was sexually abused almost immediately by a great uncle — the husband of her grandmother’s sister. That abuse continued for eight years before it came to light when she was 16.

“RR said that her great uncle raped her, gave her money and gifts in an effort to keep her from revealing the abuse, and video recorded at least one incident using his phone,” according to the report.

At this point RR was believed to be using methamphetamine and prescription drugs.

State officials did not remove her from her grandmother’s custody.

In June 2020, still 16, RR helped four adult men ranging in ages from 24-36, with robbing a young man. Two of the men were charged with killing the young man and leaving his body in a cornfield. It was discovered a month later.

When she was caught, she was sent by juvenile probation to The Refuge in April of last year. In previous reports about The Refuge, a girl who had been placed at the facility was worried about having to testify in a murder case.

A few short months later, RR was granted an overnight stay with her paternal grandmother. The two stayed at a motel in Bastrop. But that night, her grandmother awoke to find RR gone. She had stolen her grandmother’s phone and a $300 gift card.

The girl had allegedly planned to run away with her mother by using a staff member’s phone.

“It is my understanding that the juvenile was able to plan her escape by allegedly using the assistance of a Refuge employee, who allowed [RR] to use the employee’s phone to communicate with [RR’s] mother, who ultimately helped her escape,” said an excerpt of an email from Rep. Hinojosa.

The report doesn’t say how. The next time she was seen by state officials, she was being trafficked for sex.

“The Texas Department of Public Safety (DPS) Human Trafficking Unit located an online sexual advertisement for [RR] who appeared to be in the North Texas area.”

At the time of her death on the side of the road outside Alvarado, Texas, RR was with her mother, maternal grandmother, and another girl who had also run away from The Refuge two weeks prior.

The second girl only described as DD had run away from The Refuge multiple times.

“The mere fact that two children were able to run from the operation, six weeks apart, and later meet up after both returned to trafficking seems worthy of inquiry,” said court monitors.

Many of the runaways at The Refuge, which is not a locked-down facility, lasted very short periods of time.

It’s a problematic cycle where runaways are statistically more likely to be trafficked for sex, and trafficked and traumatized kids are more likely to run away. A 2019 study found that 19% of kids in Florida’s foster care reported running away at least once. Among 17-year-olds in Iowa, Illinois and Wisconsin, it was close to half who said they had run away at least one time while in the system.

Court monitors said DFPS’ response to the issue shows a lack of concern related to allegations and implied gaps in state investigations into The Refuge, where runaway events seem to be a “systemic” issue.

TPR was founded by and is supported by our community. If you value our commitment to the highest standards of responsible journalism and are able to do so, please consider making your gift of support today.