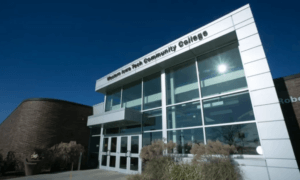 A human-trafficking lawsuit brought by 14 international students from Chile against Western Iowa Tech Community College has survived a round of legal challenges and is proceeding in federal court.

The school and other defendants are accused of working in concert to entice impoverished students to leave their home in Chile and come to Iowa, where they were placed in “debt bondage” working at a food-processing plant and dog-food factory.

The Sioux City college allegedly procured visas for the Chilean students to enroll in the school’s international education program, then steered them to work in the processing plants. The college diverted money from students’ paychecks to reimburse the school for the cost of the program, the lawsuit claims.

To continue reading this article click the following link: https://iowacapitaldispatch.com/2022/05/17/human-trafficking-lawsuit-against-iowa-college-survives-legal-challenge/

Despite a near unanimous bipartisan vote in the Iowa House and an outpouring of support by Iowa anti-trafficking and survivor advocates, the Safe Harbor and Expungement bill has hit a roadblock in the Iowa Senate. This NAHT priority legislation will:

The NAHT has pushback from some Iowa Senators and the Commissioner of the Iowa Department of Public Safety and we have since amended the bill. The amendment would instead create an interim workgroup for discussion and consideration of the best methods for the implementation of Safe Harbor and expungement of criminal records for human trafficking victims. The Network is awaiting a response from the Senate about whether they will move our amendment forward this legislative session.

During the 2022 legislative session, the House and Senate have sent four bills to the governor that touch on human trafficking issues, with four others that are still pending. These bills touch on issues such as missing persons, domestic sexual abuse, child pornography, standards of evidence for sex abuse cases, and the treatment of human trafficking survivors. To learn more about each bill, click here:  Tracked Bills Summary (PDF)

After numerous postponed dates over the last 2.5 years, the in-person Iowa Human Trafficking Summit was finally held in Des Moines on May 10th and 11th, 2022. The Crime Victims Assistance Division of the Attorney General’s Office is to be congratulated for hosting this successful and well-attended event. 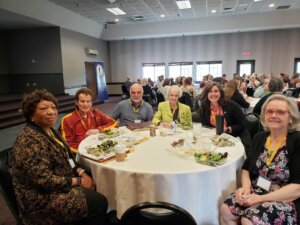 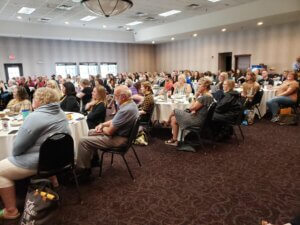 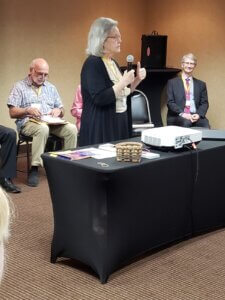 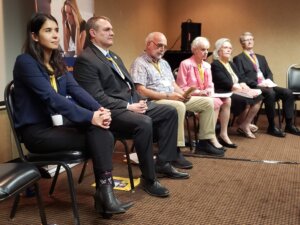 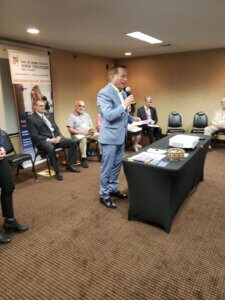 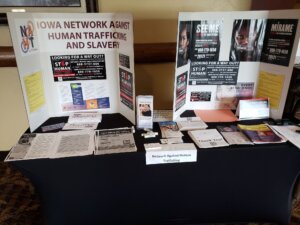 The NAHT hosted one of the breakout sessions entitled “Update on Iowa Progress in Fighting Human Trafficking”. A panel of six presenters each (see photo of seated panel) discussed collaborative projects recently undertaken to end human trafficking in Iowa. The speakers and their topics were as follows:

Other important changes to Minnesota’s law include: increased recognition of trafficking as a violent crime and danger to public safety; statutory maximum sentences in order to recognize that many traffickers already have significant criminal histories; increased consequences for sex buyers, (recognizing that demand drives trafficking), where trafficking occurs (public or private place) should not be a factor, and there should be increased consequences for repeat offenders; increased protection of victims and children through higher supervision and crime levels for solicitation of children 15 years old and younger; increased penalties to deter trespassing at an emergency shelter or transitional housing.

The public safety two-year budget also has new funding including:

The NAHT recently learned that there has been some “mutual outreach” between Iowa anti-trafficking organizations and Iowa RV’ers. It all started with a presentation at an “Iowa Rally” in July 2021 by Iowa DOT Officer Curry Barnette using materials from Truckers Against Trafficking. RV dealer Lichtsinn of Forest City produced an excellent video of this event that has been distributed by many RV’ers across the nation.  Winnebago is considering including a seminar at the Grand National Rally this July 2022.

There are about 11 million active RV owners in the US.  Many of them are occasional campers, using their trailers and motor homes mostly for family weekends or trips. But there are also over a million full-time RV owners who make them their home, and several million other “serious” owners who organize into large, very active, continent-wide clubs based on RV brands or just on the fact of avid RV ownership. These clubs engage in education about RV issues and the many things one needs to know to be a safe and successful RV owner. Owning a ”home on wheels” is not for the faint of heart.

RV owners are a potent resource who have been shocked by their own unknowing proximity to human trafficking.   Look for them to become seriously engaged in the fight to end human trafficking not only here in Iowa but nationwide. For more information please contact William Pearce at [email protected].

The post Labor-Trafficking Lawsuit Against Iowa College appeared first on Network Against Human Trafficking and Slavery.