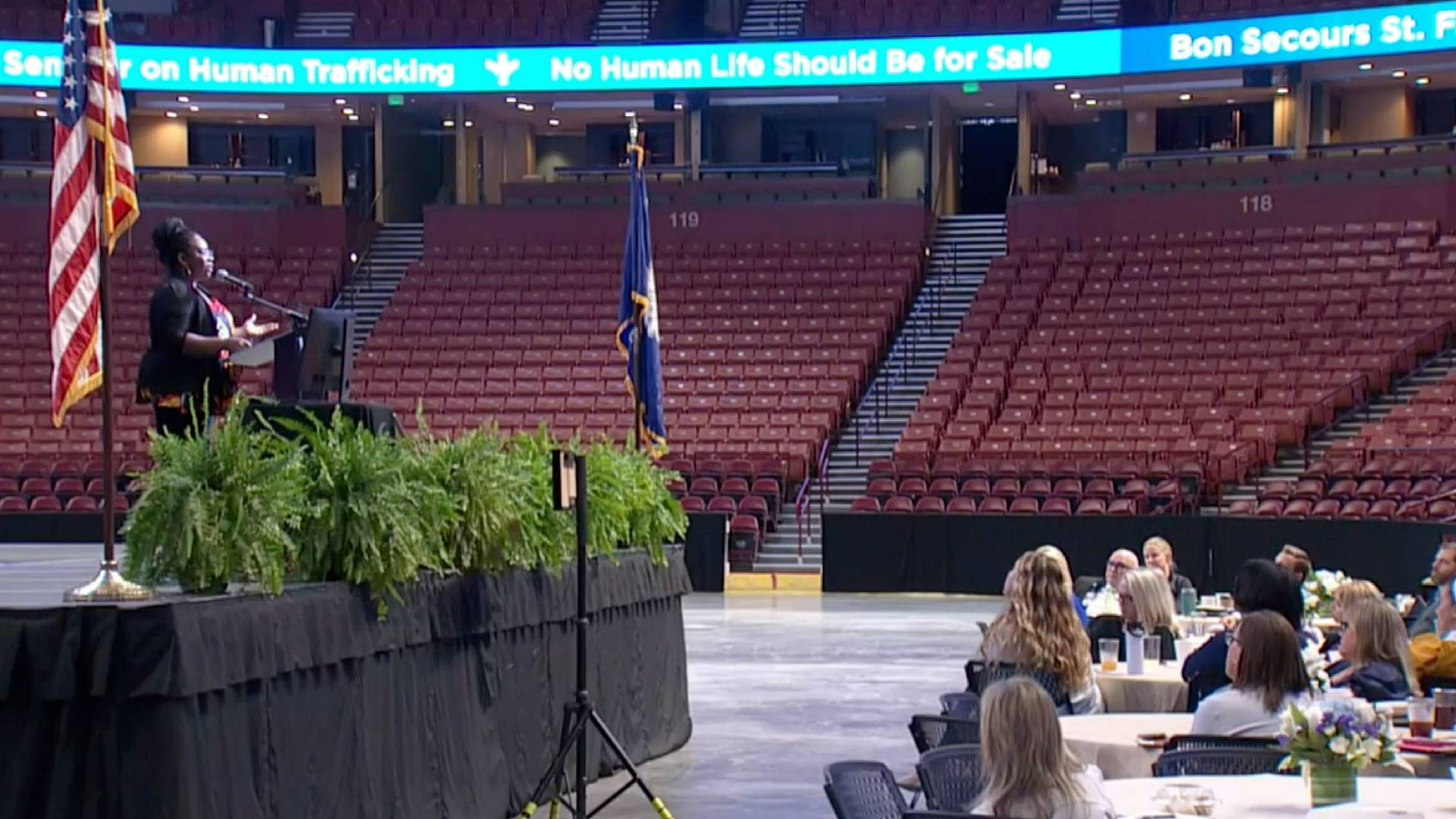 According to a report from the Human Trafficking Legal Center, modern-day enslaved people number as many as 25 million, and most never see justice.

Evelyn Chumbow, operations manager and survivor advocate for the Washington D.C.-based organization, said human trafficking happens around the world — and in the U.S. Her presentation was part of the Bon Secours St. Francis 4th Annual Human Trafficking Seminar held May 20 at the Bon Secours Wellness Arena in Greenville.

Chumbow had left her native Cameroon at age 9 but was forced into domestic servitude until she was 17. Her trafficker was a fellow woman also from Cameroon. Chumbow thought she’d be adopted, go to school and live a normal American life.

“I never thought I’d come and be a victim of modern-day slavery,” she said. Her vision of America had come from watching American TV shows like “The Fresh Prince of Bel-Air” and “The Cosby Show.”

When she arrived in the United States, she was living in Maryland — not too far from the White House, she said. She was forced to cook, clean and take care of her trafficker’s children — all while going sometimes days without eating. She would suffer beatings to the point where her kneecap was broken, leaving many lasting scars.

“She literally beat me from left to right,” Chumbow said. When she did get medical attention for her injuries, she said her captors would talk to medical professionals rather than let her speak — a common tactic used by traffickers to keep victims from alerting authorities.

Chumbow said most human trafficking victims are foreign-born and looking to come to America for opportunity but lack a lot of information.

She was able to escape her trafficker — who was eventually sentenced to 17 years in prison but has since been released — and get the education she always dreamed about, graduating from the University of Maryland. Since then, Chumbow has been an advocate for trafficking victims, earning the 2021 Abolitionist Award from the Nomi Network, the 2018 African Heroine Award from the Ohio University African Student Union and the 2015 Peaceseeker Award from the Presbyterian Peace Fellowship. The Obama administration also appointed her to serve on the U.S. Advisory Council on Human Trafficking.

“The scars have healed, but they’re still there,” Chumbow said. “But I can’t forget them.”