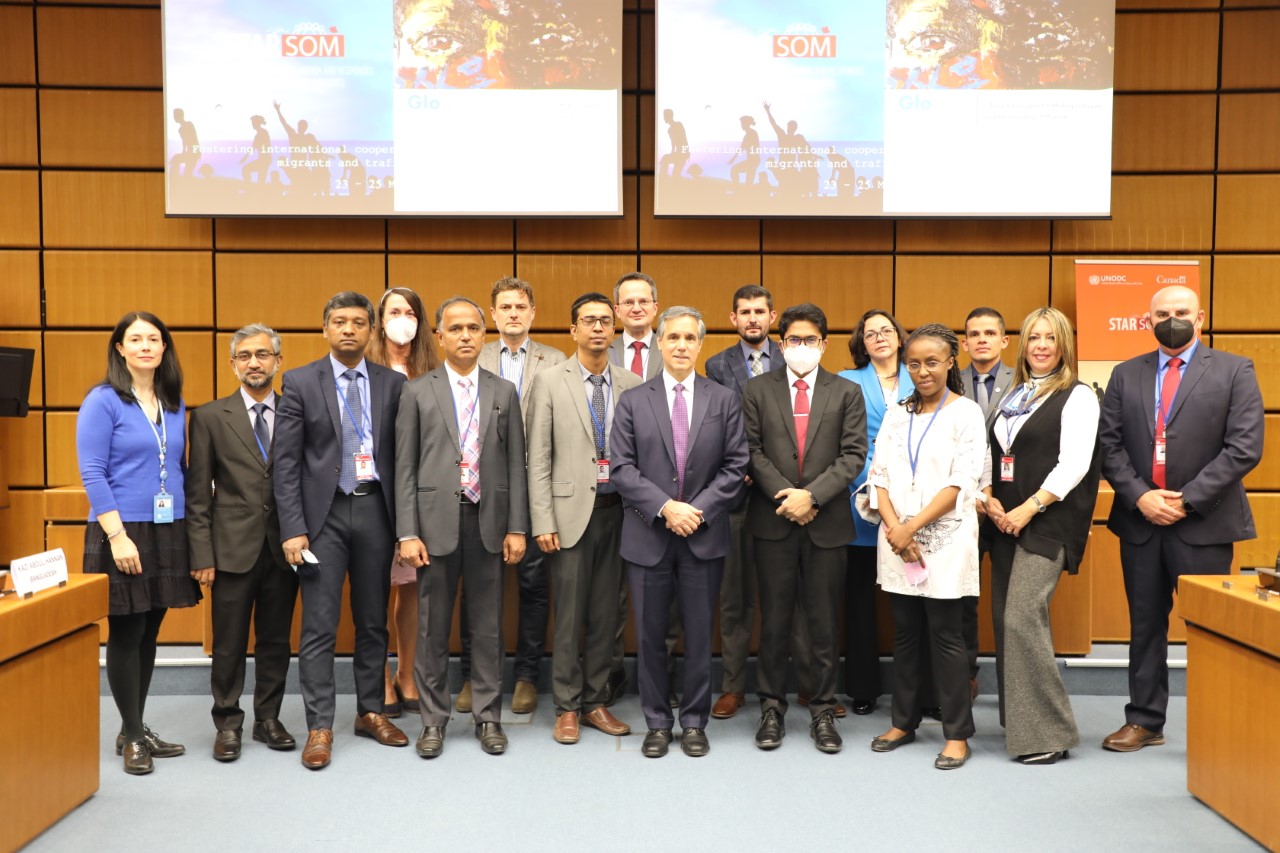 Vienna (Austria), 25 March 2022 – Globally, many migrants experience violence, exploitation, and abuse during and after their migratory journey. As elsewhere, smuggled migrants and people on the move in vulnerable situations face significant dangers and threats while transiting across borders in Central America or the Caribbean, trying to reach their final destination – the USA or Canada. Costa Rican authorities, in particular, recently noted an increase in criminal activity targeting migrants from Asian countries, including Bangladesh.

To support Member States in their bid to put an end to the risks and dangers faced by smuggled migrants in need and people on the move in vulnerable situations, UNODC, under the framework of the STARSOM and GLO.ACT-Bangladesh projects, organized from 23 to 25 March 2022 a bilateral exchange between authorities from Costa Rica and Bangladesh.

To strengthen regional and interregional cooperation and to better investigate the activities of organized criminal groups, the event brought together a community of criminal justice practitioners focusing on:

Addressing the participants of the bilateral exchange meeting, John Brandolino, Director of UNODC’s Division for Treaty Affairs said, “Cooperation between States is critical when seeking to take effective action against organized criminal groups engaging in migrant smuggling and human trafficking across continents. Such criminal groups pose a significant risk to the States affected but also, and most importantly, to the life and safety of their victims”.

The meeting was thus designed to strengthen channels of communication, information exchange and promote judicial cooperation in combatting migrant smuggling and human trafficking, while also focusing on the need for rights-based and gender sensitive criminal justice responses.

“We have two fundamental objectives, first to establish mechanisms to care for and protect migrants with full guarantees of their human rights and considering the different needs of people, mainly women and children” says Eugenia Salazar Elizondo, specialized prosecutor on TIP and SOM, Public Prosecutor’s Office, Costa Rica. “Secondly, coordination and cooperation between police and prosecutors of the countries involved is critical to bring to justice the members of criminal organizations that profit from the needs and vulnerabilities of migrants”.

The meeting also provided participants with the opportunity to engage in concrete and case based operational networking based on a strengthened common understanding of the international legal framework of cooperation.

“As a State party, Bangladesh is committed to using the UN Transnational Organized Crime Convention to cooperate with other countries in tackling human trafficking and migrant smuggling,” said Judge Kazi Abdul Hannan, of the Dhaka Anti-Human Trafficking Offence Tribunal. “The Convention offers the possibility for countries of origin, transit and destination to engage in mutual legal assistance”.

Participants also spoke about relevant national legislation in their respective countries and actions taken by the relevant authorities to combat both crimes. The attendees also addressed the need to ensure that smuggled migrants and trafficking victims are not punished and can access timely and effective assistance. Most importantly, the practitioners explored options to maintain regular communication channels and agreed to intensify bilateral communication, using the legal framework offered by the United Nations Convention against Transnational Organized Crime to streamline cooperation against traffickers and smugglers.

All participants were engaged in lively discussions and formulated several requests for follow-up actions, bilateral activities, and capacity building and training. At the end of the bilateral meeting, the participants drafted recommendations and proposals for future activities with UNODC’s Human Trafficking and Migrant Smuggling Section.

9 participants, 4 from Bangladesh and 5 from Costa Rica, including two female prosecutors, participated in the bilateral exchange meeting.

In line with UNODC’s core mandate to promote international cooperation against crime and protect the victims’ lives, safety, and dignity, HTMSS will continue to facilitate bilateral dialogue between countries affected by the same trafficking and smuggling routes.