“Trafficking in persons is a vile crime that feeds on inequalities, instability and conflict,” UN Secretary-General António Guterres in a statement, adding that traffickers “profit from peoples’ hopes and despair,” explaining that women and children are particularly vulnerable.

According to the UN Children’s Fund (UNICEF) and the Inter-Agency Coordination Group against Trafficking (ICAT), more than a quarter of identified trafficking victims globally are children. Across regions such as Sub-Saharan Africa, Central America and the Caribbean, the ratio rises to two thirds of all trafficking victims.

“These children urgently need governments to step up and put measures in place to keep them safe,” said UNICEF Executive Director Henrietta Fore, in a press release that denounced “a lack of sustainable solutions for child victims of trafficking – including long-term assistance, rehabilitation, and protection”.

Trafficking in persons is a vile crime that feeds on inequalities, instability and conflict, – UN Secretary-General Guterres

Children are often placed in inadequate shelters, where they risk further traumatization and re-victimization, according to the UN’s child protection agency. Trafficked boys face the added complication of conforming to a stereotype of self-reliance that prevents them from getting or seeking the help they need, while girls risk further exploitation and abuse, due to gender discrimination and gendered poverty.

The UN Migration agency (IOM), flags that people on the move seeking better economic opportunities are also a major target for human traffickers. According to IOM’s Director General William L. Swing, every year, “millions of migrants are trafficked within and across borders and find themselves trapped in forced labour…enduring violence, threats or psychological manipulation”.

Often, he said, they find themselves indebted via unfair recruitment processes or employment conditions, all the while facing enormous pressures from their families and communities who may have gone into debt themselves, just to start their job search.

Trafficking “is so pervasive it can only be tackled with a global, all-hands approach,” said Mr. Swing. “Consumers, especially, must join their governments, their local business community and work together”, he added, so that “supply chains are free from human trafficking and other forms of exploitation”.

New IOM data shows that in the last ten years, almost 80 per cent of journeys undertaken by victims trafficked internationally cross through official border points, such as airports and land border control points.  This highlights the crucial role that border agencies and service providers at border points can play to identify potential victims and refer them for protection and assistance.

“Human traffickers too often operate with impunity, with their crimes receiving not nearly enough attention,” stated Secretary-General Guterres. “This must change,” he added, stressing that the “United Nations is committed to advancing action to bring traffickers to justice while protecting and supporting their victims”.

Earlier this month, UN Member States adopted the final draft Global Compact on Migration, which calls for enhanced cross-border cooperation on proper identification, timely and efficient referral, as well as assistance and appropriate protection of migrants in situations of vulnerability at or near international borders, in compliance with international human rights law. 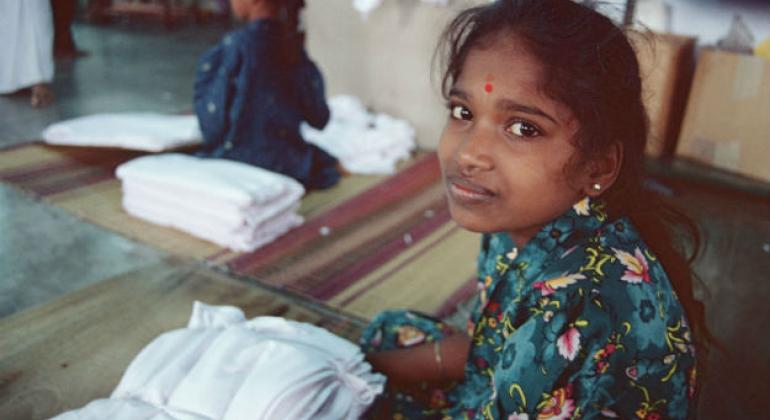